We are in the late stages of a large credit bubble.

But sometimes it’s hard to perceive something when you’re stuck in the middle of it. I keep hearing people on TV say how amazing the economy is, but I see a much more mixed bag.

And the bull market could indeed continue for a year or more. But we are almost certainly in the very late innings of this credit cycle. And the overall economy looks ill.

Here’s a chart showing U.S. corporate debt as a percentage of gross domestic product (GDP). The higher the percentage is, the more debt companies have. As you can see, this ratio peaked at the end of the last Fed-blown bubbles in 2001 and 2009, which both resulted in major stock market pullbacks (and rare chances to buy stocks cheaply). 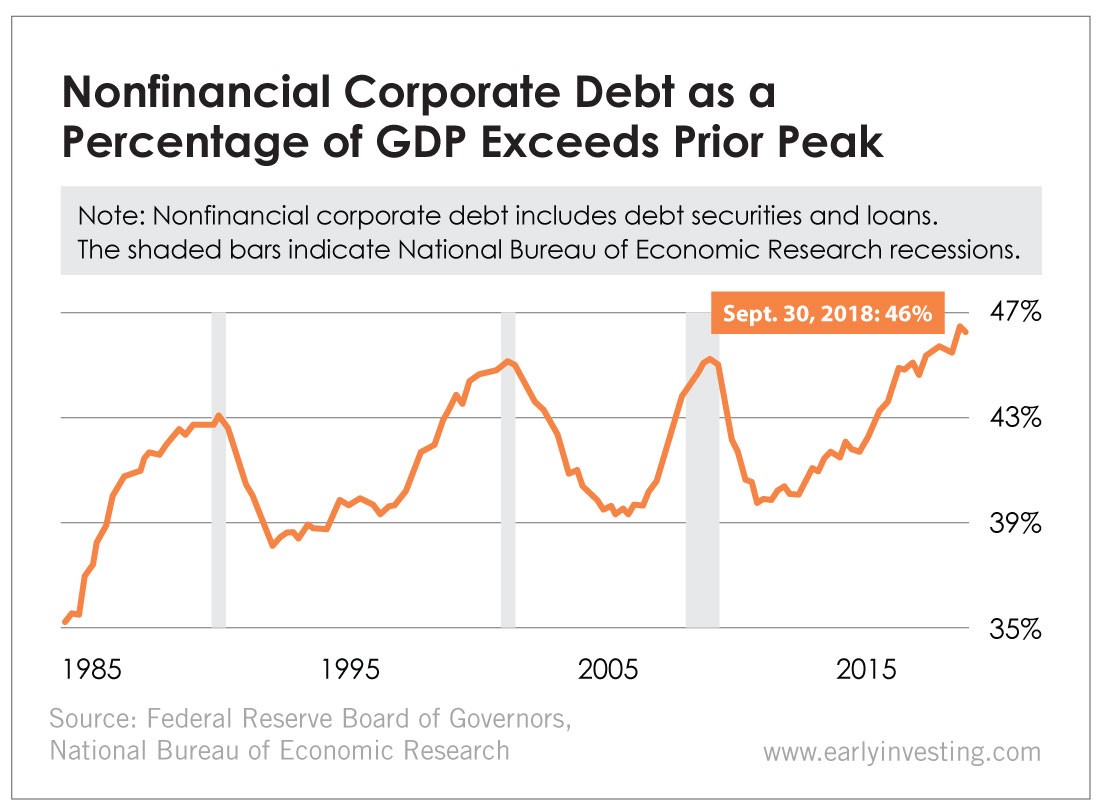 We’re about due for a pullback. In fact, we’re late in the game.

Debt is leverage. It adds risk. It pads the results for a while… then interest rates rise or the economy sputters. And then the interest payments really start to bite.

Meanwhile, 61% of Americans couldn’t pay for an unexpected $1,000 expense. That’s according to a Bankrate poll cited by CNN.

As everyone knows, most medical issues likely cost well more than $1,000. So do a lot of other common, but unexpected, expenses.

This is why the Federal Reserve feels like it can’t raise interest rates. It would crash the economy in short order.

So where do we go from here? I think stocks could continue to go up for a while – primarily due to stock buybacks, which are also at all-time highs.

A buyback is when a company buys back its own shares in the open market and “retires” them, reducing the number of shares floating around. U.S. companies have already announced $1 trillion in buybacks for 2019. 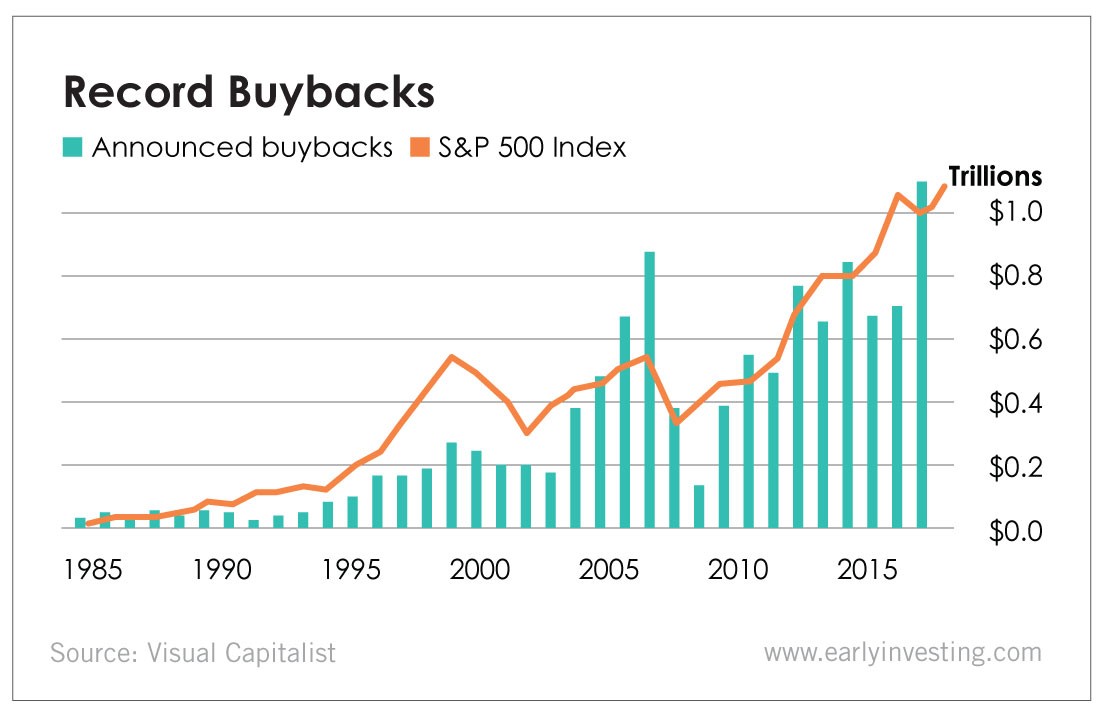 Like any other tool, buybacks can be used responsibly or irresponsibly. One could argue that companies are being a little too aggressive with their buybacks at this point in the cycle, but companies gobbling up their own shares could certainly keep the market going for a while.

Uncertainty in bond markets isn’t hurting stocks either. Many people prefer stocks over bonds due to expected inflation or uncertainty about the underlying currency of the bond.

But stocks aren’t cheap here. Especially because we’re this late in the cycle.

I don’t claim to know exactly when we’ll peak, but I do know that in bear markets you often get a chance to buy former momentum stocks for 60% off.

So I’ll continue to avoid domestic stocks for the most part (aside from cannabis and tech). I’ll keep investing in disruptive U.S. startups, of course. The U.S. corporate landscape needs a reboot, and startups are going to be the ones to do it (as always).

Outside of that, I’m buying emerging market stocks. Lately I’ve been looking into India and Malaysia. There’s a whole fascinating world of global stocks out there. And I think having exposure to it is more important than ever.