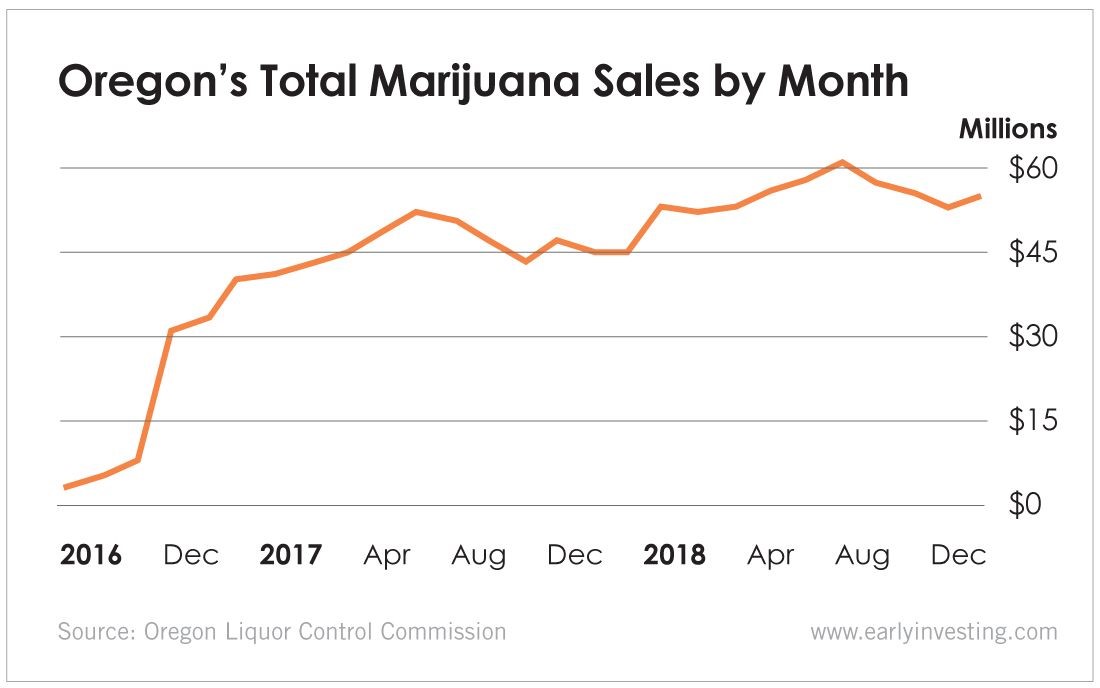 I was sifting through Oregon’s marijuana sales data last week when I spotted something interesting – the perfect example of supply and demand affecting prices.

Our first chart shows that, on average, marijuana sales have steadily increased since the fall of 2016. But there have been blips on the radar.

In both 2017 and 2018, marijuana revenue dropped from August to November. I initially wrote it off as some sort of seasonal demand issue. Boy was I wrong. 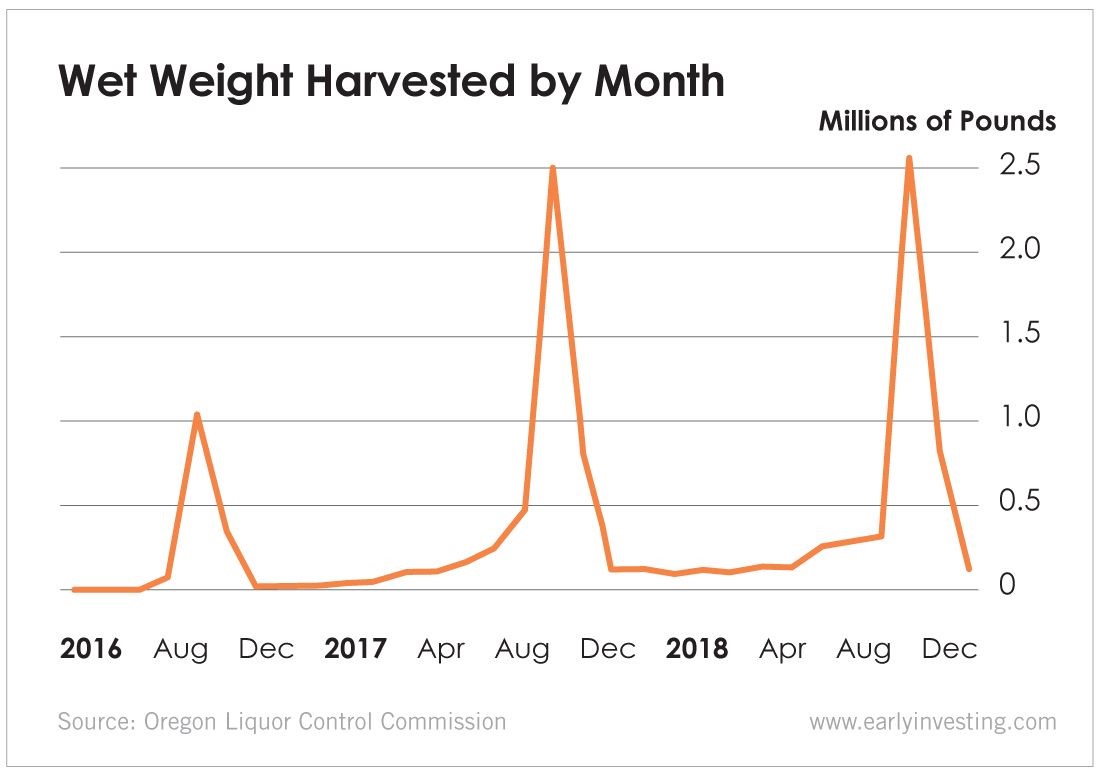 And it’s those lower prices that create the revenue dips we saw in the first chart.

I love it when the market works the way it’s supposed to.