I’ve been following the non-fungible token (NFT) space closely over the last three months. NFTs are a form of digital collectible. They’re based on blockchain technology, which makes each one unique, indivisible and verifiable.

NFTs have gotten a lot of attention recently. But they’ve existed for years. In 2017, the CryptoPunks NFT project was launched on the Ethereum network. There were 10,000 ‘punks created — each with its own unique set of features.

Since then, ‘punks have become an unofficial status symbol. Ethereum fans often use their punk as their avatar on sites like Twitter. If you own your punk avatar, you’re an “OG,” basically. 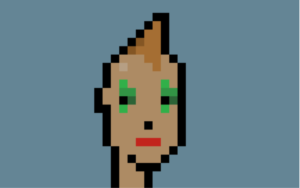 Over the last 60 years, Visa has built a collection of historic commerce artifacts – from early paper credit cards to the zip-zap machine. Today, as we enter a new era of NFT-commerce, Visa welcomes CryptoPunk #7610 to our collection. https://t.co/XoPFfwxUiu

The punk that Visa just bought first sold for 0.60 ETH on July 11th 2017 — $114 at the time. We know this because all the transactions are recorded on the Ethereum blockchain, and we can see a record of sales on the project creator’s website, LarvaLabs.com.

Visa’s announcement caused an NFT mania. CryptoPunks started flying off the shelves, and a new record for daily sales was set — $69 million in a single day. The rarest ‘punks now sell for millions of dollars.

Other popular NFT projects also soared in price this week. Take a look at the Etherrock project, which also launched in 2017.

Only 100 Etherrocks were minted, making them very rare. And they are quite the hot ticket. For example, the rock below sold for $1.3 million on August 25, 2021.

A more noteworthy project is the Fidenza NFT series by Tyler Hobbs. Hobbs makes art using a “generative algorithm.” In other words, he’s written a computer program that makes the art.

The piece below just sold for $3.3 million worth of ETH (after being purchased for $1,400 two months ago). 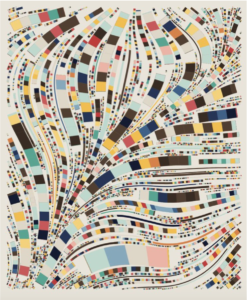 If you want to learn more, I recommend visiting Hobbs’ site. He explains the process of how they’re made in detail. Fidenzas — and similarly unique and interesting projects — are worth paying attention to.

It’s probably too late to get a Fidenza or a ‘punk at a reasonable price. But there are a LOT of new NFT projects coming online, and a tiny percent of them will become hugely successful.

Like cryptocurrency, the NFT projects that succeed build strong communities that promote the work. And exactly like crypto, the people who have made the most money are long-time holders.

It’s fascinating to watch this market develop. Right now we’re in a crazy mania phase. A lot of people are going to make — or lose — a lot of money.

But I think NFTs are here to stay. There are so many things you can do by digitizing ownership. Art, memberships, collectibles, even real estate (digital and physical).

Top venture capital firm Andreessen Horowitz is very bullish on the space. It is the top investor in OpenSea, the leading NFT marketplace. And OpenSea recently surpassed $1 billion in volume. Here’s an excerpt from a March 2021 article where Andreessen explains its reasoning.

When we raised our second crypto fund last year, part of our core thesis was that crypto and NFTs would catalyze new business models for creators. Today there are more than 3 million NFTs for sale, and sales volume on the top sources has grown over 400x year over year to more than $100 million per week. NFTs are breaking out to more mainstream audiences, and represent an entirely new economy based on digital ownership.

Despite the massive opportunity, NFTs had been somewhat confusing for ordinary consumers, much like the internet in the days before the browser. There was no marketplace that allowed creators and collectors to easily search for and view unique digital assets across different platforms, and no easy way to buy them. It also wasn’t straightforward to discover their origin and history. Even for those who are technically adept and know how to piece together blockchain data, few want to spend the time and energy figuring out the provenance of their unique digital asset.

OpenSea provides the link between the consumer layer and the infrastructure layer for the digital goods economy and is a key utility in this new world of digital ownership. OpenSea provides a one-stop shop to discover, buy, and sell any non-fungible digital asset that conforms to a popular standard like ERC721, and it also quickly tells you the “who, what, when, where” about a particular NFT.

Today, OpenSea is killing it. A chart posted by Reuters shows OpenSea’s sales volume approaching $2 billion for the month (as of August 25th).

In a funding round announced in July, OpenSea raised another $100 million at a $1.5 billion valuation.

NFTs have a lot of interesting characteristics. They’re speculative, subjectively valued and community-based. You could say they’re the perfect viral asset. And because it’s art, there are far fewer regulatory concerns than many crypto projects face.

There will be price crashes — and huge rallies. Models will evolve and change. But I’m sure that in the long run, art NFTs are here to stay. They’re just too good of a fit for what the world wants.

Disclaimer: Sadly, I don’t own a single NFT, so no conflict of interest to report here.