My general approach to bear markets is summed up pretty nicely by this meme: 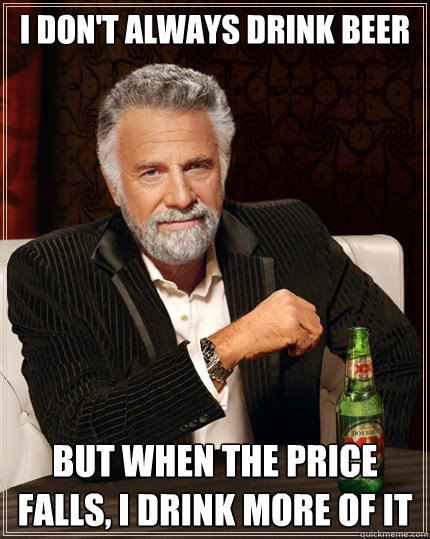 But this past week, I’ve been feeling that this will be the best way to describe the crypto market for the next few months: I believe we’re going to be in for a bumpy ride the rest of the year. The crypto markets won’t bottom out until the dollar softens and the equity markets bottom out. And that won’t happen until interest rate hikes slow down and it looks like the Fed has inflation under control. The charts below nicely sum up the problems facing the crypto markets.

The chart above (from MarketWatch) shows the rising strength of the dollar index (DXY). If the Fed continues to raise rates as expected, the dollar will approach historical highs in terms of strength. 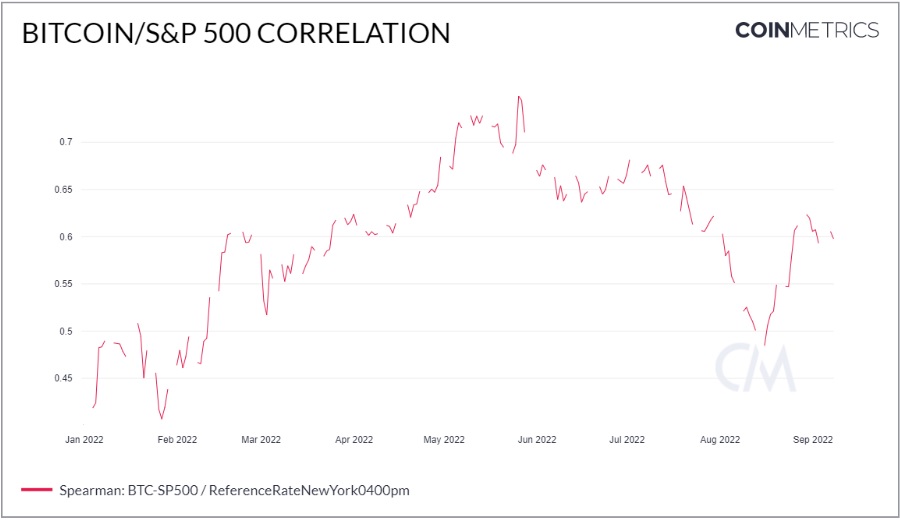 This chart shows the correlation between S&P 500 and bitcoin prices. As I wrote back in July, here’s how correlation works:

Right now, the correlation between the S&P 500 and bitcoin is in the 0.6 range. So the combined pressure of dollar strength and higher interest rates driving the stock markets down will likely send the crypto markets tumbling down even further.

What Vin Is Thinking About

Ethereum is outperforming the market thanks to the upcoming September 15 Merge (Ethereum’s shift from a proof of work protocol to a proof of stake protocol). As of this writing, ethereum is trading around $1,600. Here’s how ETH compares to BTC since mid-June.

The big question is, how long will ETH outperform the markets? Right now, pre-Merge excitement is fueling ethereum’s surge while the broader markets suffer. But what happens after the Merge is a big unknown.

There are two forces at play here. The macro environment for crypto is terrible. But the micro environment for Ethereum is terrific. The shift from proof of work to proof of stake is a major technical achievement. And if the shift works as planned, Ethereum will be dramatically faster and more scalable. So the real question is, can Ethereum’s Merge momentum overcome the larger downward pressure of the crypto markets?

My best guess is Ethereum will hold its own in the near term. But the bear markets will catch up with it eventually — possibly a few weeks after the Merge — and ethereum’s price will track more closely with the broader crypto markets.

Some people love themed weddings. Some people hate them. I really don’t care. As long as the two people getting married are having fun, I’m game for anything. And I have to admit, I really would have (I think) enjoyed attending this bitcoin-themed wedding. Guests were given a tiny amount of bitcoin as a thank you for attending — which makes sense given one of the people getting married runs a bitcoin-themed escape room in Lebanon. Looks like everyone had some fun and he brought some new people into the bitcoin universe. Sounds like a successful wedding to me.

Map Your Own Way Through the Collectibles Space

When we first recommended Genius Juice in May 2021, we were impressed by the company’s 100% organic coconut smoothies. They’re protein-rich, filling, nutritious,…

Exciting news for NFT fans and Avalanche (AVAX) holders: Shopify merchants can now sell Avalanche NFTs through their online stores without having to go through OpenSea. Thanks to…

I’ve been tracking this month’s crypto recommendation for almost two years. I watched its roller-coaster ride to a more than $12 billion market capitalization and its sharp decline…