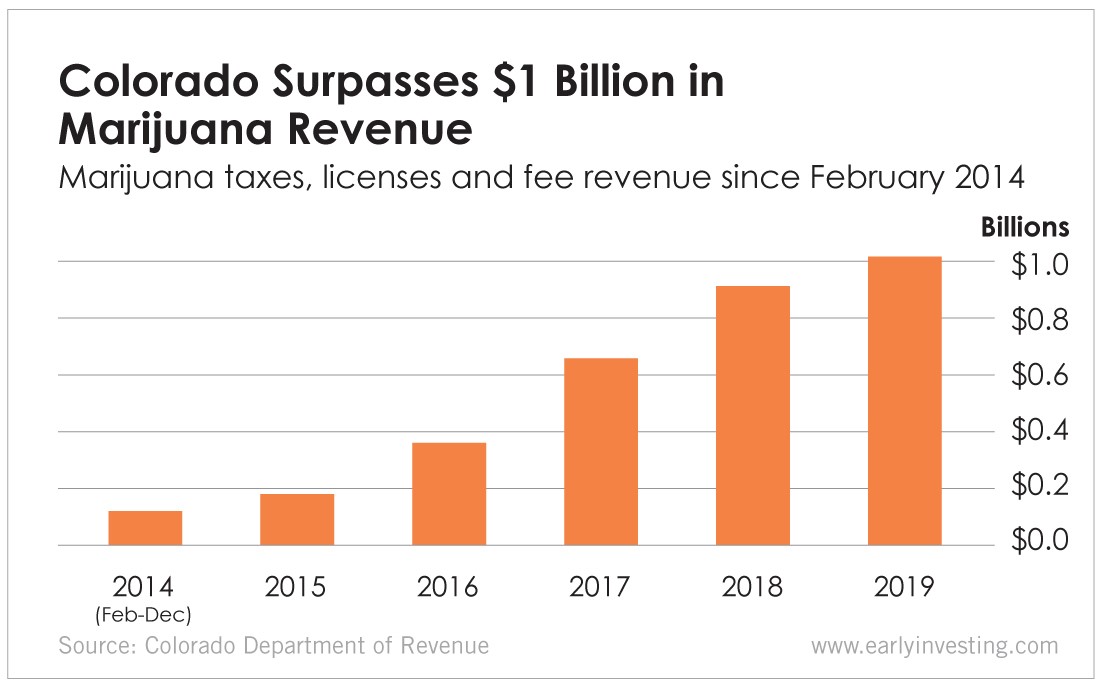 Colorado has generated more than $1 billion in marijuana tax and licensing fee revenue this year. That’s a 1,405% increase since 2014, when it collected $67 million in taxes and fees. 2014 is also the year the Colorado Department of Revenue began reporting tax collection data.

The state has been putting those tax revenues to good use. Last week, the Colorado State Board of Education agreed to allocate $401 million to 43 different school construction projects under a program that’s partially funded by marijuana state excise taxes. In 2017, Pueblo County, Colorado, dedicated $420,000 to scholarships for 200-plus students – all funded by a local marijuana excise tax.

“Today’s report continues to show that Colorado’s cannabis industry is thriving, but we can’t rest on our laurels,” he said. “We can and we must do better in the face of increased national competition. We want Colorado to be the best state for investment, innovation and development for this growing economic sector.”

Polis has indeed not been resting. He’s now targeting venture capitalists and public companies to bolster Colorado’s market. He signed a bill into law at the end of May that allows out-of-state investors to buy into the Colorado marijuana marketplace and for publicly traded companies to own and operate cannabis licensees in the state. Less than a week after Polis signed the bill, Medicine Man Technologies announced it would acquire Los Sueños Farms, Colorado’s largest outdoor cannabis cultivation business, and MesaPur, which holds retail and manufacturing licenses.

With the new changes to its business environment, Colorado’s $1.02 billion in tax revenue will only grow.