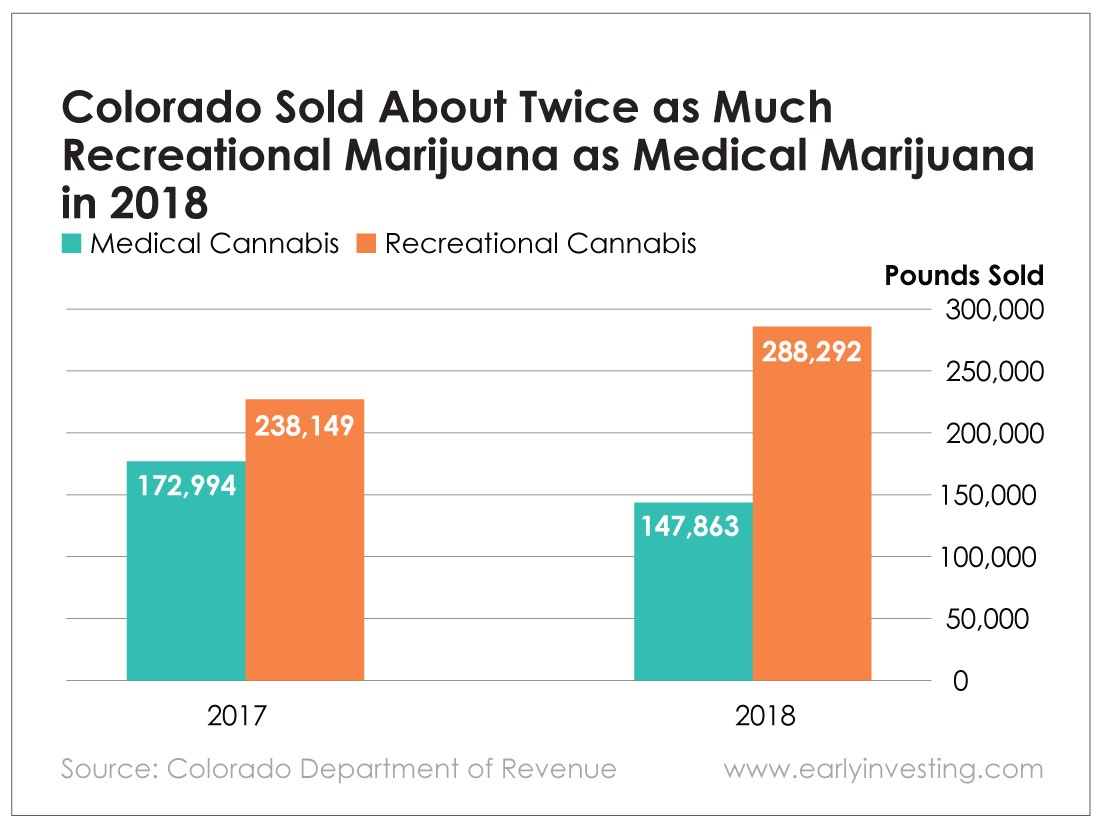 The gap between medical and recreational sales isn’t surprising. Because marijuana is still illegal at the federal level, there has been very little research into how to harness the potential of medical marijuana. We know it can be used to treat a whole host of disorders, including epilepsy, autism, Parkinson’s disease, depression, anxiety, lack of appetite, multiple sclerosis and much, much more. But we still need to research how best to unlock marijuana’s potential. Once that happens, it’s entirely possible that medical marijuana sales will compete with, if not surpass, recreational marijuana sales.

To understand the big picture of Colorado’s successful marijuana market, we should note how the market has fared since legalization. Colorado legalized medical marijuana in 2000 and recreational marijuana in 2012. It’s brought in more than $1 billion in revenue since 2014. And it’s done $6.9 billion in total marijuana sales since January 2014.

Colorado was one of the first states to legalize recreational marijuana. And though the market isn’t as massive as California’s, for example, it’s been consistently lucrative. While legal marijuana markets in California still struggle to beat the black market, Colorado’s total monthly tax and fee revenues from marijuana sales have never dropped below $20 million.

And Colorado wants to continue strengthening its market. Gov. Jared Polis told CNBC, “We are always going to be relatively small potatoes on the actual sales… We are just not going to be as big as states like California or New Jersey… We want to make sure that 10 years from now, point-of-sales systems, chemistry, genetics – all those pieces – are housed here in Colorado with successful companies that power a multibillion-dollar national industry.”

Polis is smart to focus on making Colorado’s cannabis market a well-oiled machine – and potentially the national headquarters of the cannabis industry. This sector is just beginning to grow legs. And the opportunity for states to make money is only going to grow.

Keep an eye out, investors.